RUSH: I have here this piece by Joan Swirsky at Canada Free Press. It's a really great recap of the last couple of months, the few months that we've had here. And I've done it all. But, you know, folks, as conservative news is increasingly suppressed and eliminated...

Tell me, are you having trouble finding news today? I know you are. There isn't any news anymore. There is the Democrat Party's agenda, and that's it. There isn't any news, and even that is not... Well, they do try to present it as news to try to fool you into thinking it is the news of the day. But, see, I don't think that the history of the recent past can go said enough, 'cause I don't think that it's reached enough ears.

I don't think it's reached enough eyeballs. I have here... She's got a great list of Trump's achievements, and it's maybe only 25% of 'em. But it's really a good list. Here's some pull quotes: "In all those eight months -- 220 days, over 5,000 hours -- what was the reaction of Democrats, both elected and civilian? A thunderous silence. Not a word of opprobrium or disapproval or condemnation" of the Democrat riots in Democrat blue states and cities.

"A thunderous silence. Not a word of ... disapproval or condemnation. Not. One. Word. ... Because ... Democrats heartily approve of violent acting-out riots -- as long as they support Democrat ideology! In 2018... there were 'glowing stories' about the hundreds of Women's March members who were engaging in 'direct action' to disrupt the Senate's Kavanaugh hearings."

How about shortly after the election in 2016? How about all of those vagina hat-wearing women all over the streets of this country protesting. The Democrats were ecstatic, and they were promoting it all! The "Women's March members in 'direct action' to disrupt the Senate's Kavanaugh hearings. They blocked hallways. They shouted down Senate members. They draped protest banners from balconies.

"Democrats cheered them on." As I was reading that paragraph, I reminded myself of the image of then-senator Jeff Flake and his petrified face as he was surrounded in a Capitol elevator by screaming, hysterical banshee women. No one in Congress even blanched over that attack.

But you remember that? Jeff Flake was assaulted by a bunch of Amazonian women. He was scared to death, and he sought out Chris Coons of Delaware, and they got together, and Jeff Flake abandoned Kavanaugh for another FBI investigation.

"Black Lives Matter rioters vandalized the Lincoln Memorial and the WW2 Memorial, along with statues of Gandhi, General Kosciuszko, and Andrew Jackson. And Democrat House members proposed bills to protect the racist mobs from law enforcement. Meanwhile the BLM mob besieged the White House and battled Secret Service personnel, allegedly forcing the evacuation of President Trump and his family to a bunker. And a bail fund backed by Senator Kamala Harris and the Biden campaign staffers focused on helping the rioters and looters get out of prison. 'Now, as the Democrats expect to take power,' Greenfield writes, they suddenly decided that rioting is bad,'" when they've done nothing but support it this entire past year.

The title of Ms. Swirsky's piece is "Pearl-Clutchers on Parade." And let's just recount some of the last eight months of rampaging criminality and violence in many Democrat controlled cities in our country, all conducted by thugs belonging to groups like Black Lives Matter and Antifa. Here's a short list of what they've done.

--Committed widespread arson, including burning down hundreds of minority-owned businesses in the Latino, Asian and black communities.

--Shot laser beams in the eyes of policemen.

--Assaulted civilians, resulting in 30 deaths and thousands of hospitalizations.

This is all things the Democrat Party supported all of last year. They encouraged, they applauded these actions by Antifa and BLM.

--Smashed plate-glass windows of numerous businesses, both large and small and then engaged in looting, stealing and grand theft.

--Terrorized and then dragged people out of restaurants.

--Tore down historic statues, including those of black icons.

--Terrorized the citizenry of entire neighborhoods and towns for months on end.

"In all those eight months--220 days, over 5,000 hours--what was the reaction of Democrats, both elected and civilian? A thunderous silence." 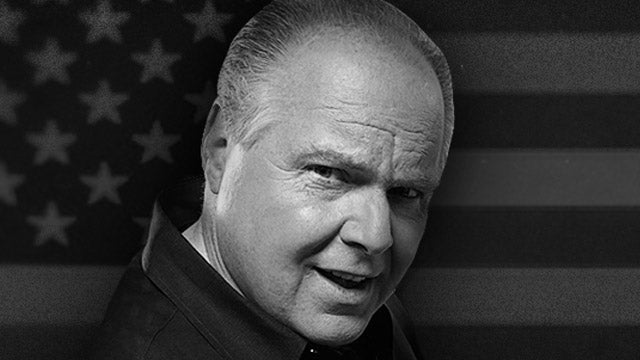 The president strengthened the military. He signed the first law ever to make cruelty to animals a federal felony. That's right out of the left wing button hook. The president signed right-to-try legislation allowing terminally ill patients to try experimental treatment that wasn't allowed before. The president signed the First Step Act prison reform bill that frees mostly black prisoners from unfair sentences. He supported and strengthened Israel by moving her capital to Jerusalem, giving Israel control over the Golan Heights. He supported the pro-life movement, which the Democrats hate more than anything. And that's just a smattering of some of the president's achievements for the American people. While all of these other people are engaging in violence and arson and destruction, not one word of criticism by the Democrats.